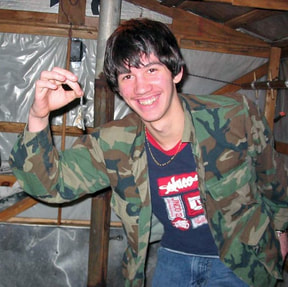 Adam Beggs was born on December 23rd, 1988. He was a scout in Troop 160 from 2000 until his death on November 17, 2007. Adam was a scout who treated people with respect and was a friend to all.  As an older scout in the troop, he had a knack for making the younger scouts feel welcome. Adam will always be remembered for his quirky smile and mischievous dark eyes.
​
​The Memorial Scout Camp at Spectacle Pond was founded in memory of Adam Beggs and Craig Goodwin in October 2010.  The cottage at the camp was named Adam's Cabin in memory of Adam.  In order to further his legacy, each year the MSC awards the Adam Beggs Campership to a scout who exemplifies the same spirit of friendliness as Adam did.